For Erotica, I used Kimono to scrape one of the largest repositories of amateur erotic writing, literotica.com, in its entirety (10 million words, 52,000 lemmata). Removing all words that a Python script could identify as English, and leaving only those with two or more consecutive identical characters, the result is an (non-)epic poem of onomatopoeia and misspellings that would not have made it past any offline editor, but define the way language is used to arouse in the age of networked communication. Set in the tradition of concrete poetry , Erotica is a text-image that presents the verbal absurdity of arousal that perpetually borders on the incomprehensible.

[An earlier, shorter version was published as “Vokale und Konsonanten” in: metamorphosen 38/2015.] 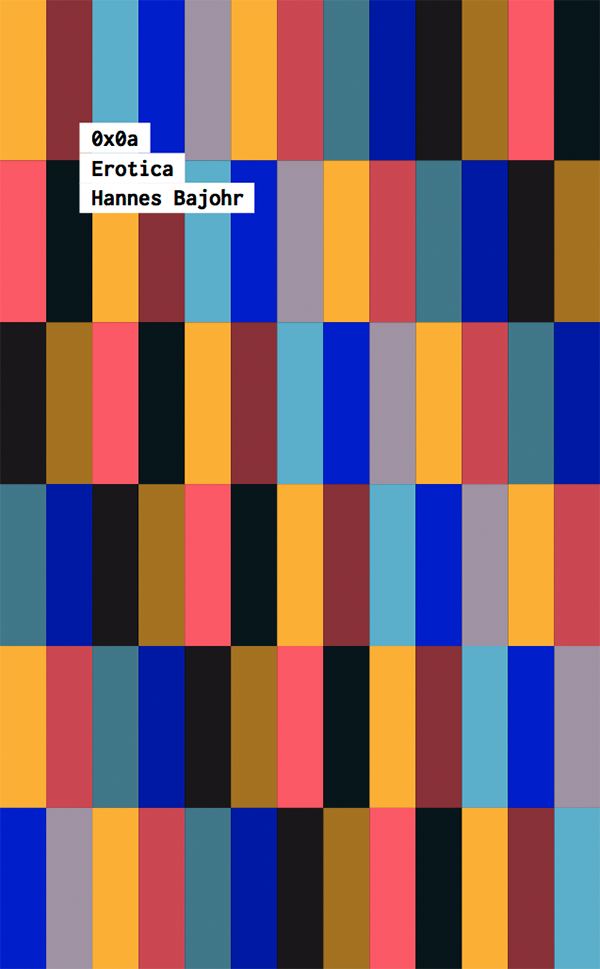